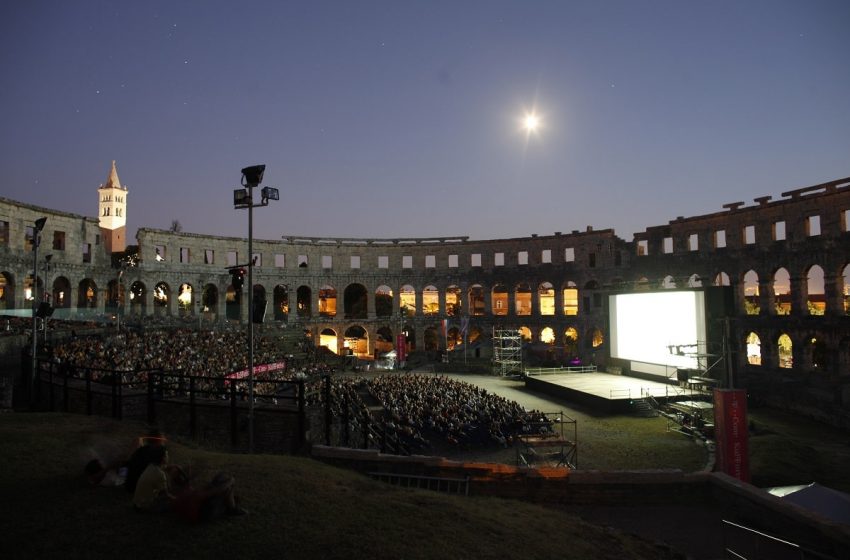 Murina opens Pula Film Festival after its screening in Cannes, world premieres of films by Branko Schmidt and Stanislav Tomić in the programme, from Moscow and Tallinn new films by Zrinko Ogresta and Dalibor Matanić, and the programme is rounded up by Mario Vrbančić’s independent film

The Croatian Programme of this year’s Pula Film Festival, under the direction of artistic director Pavo Marinković, film director, has been refreshed and the audiences will be able to see several Croatian, as well as world premieres.

The film Murina, directed by debutant Antoneta Alamat Kusijanović, will open the Festival at the Arena. This will be the first screening of the film following its world premiere at Cannes Film Festival. Young Gracija Filipović is in the lead role, backed by experienced colleagues Leon Lučev, Danica Čurčić and Cliff Curtis. This family drama focuses on the tense relationship of 16-year-old Julija and her oppressive father that stats to break when an old family friend arrives to their island home. As her father tries to broker a life-changing deal with the visitor, the charismatic guest opens more and more space for freedom for Julija, which awakens her revolt towards her parents.

On the second day of the Festival, audiences in the Arena will be able to see the world premiere of the film Once We Were Good for You by experiences director Branko Schmidt, with Rene Bitorajac in the lead role. The film follows the idea of a few war veterans to build the Museum of Homeland Thanksgiving in the old Paromlin building in Zagreb City Centre, but things take a turn when the construction is halted and the veterans take over Paromlin. Other than Bitorajac, for whom this is the third time he has worked with Schmidt, and who has already won two Golden Arenas for Best Actor for his other two roles in Schmidt’s films, other roles are played by Slaven Knezović, Rakan Rushaidat, Nela Kocsis, Milivoj Beader, Nikša Butijer, and Goran Navojec.

On the third day of the Festival, the film Manhattan Odyssey by Mario Vrbančić will be screened as a Croatian premiere at the Istrian National Theatre. Zdenko Jelčić and Mladen Vujčić are the two male leads, and the film follows a story of an older, forgotten actor who is looking for a dog walker for his schnauzer. He finds the ideal candidate in the introverted and confused young man. The film examines the servant and master relationship. This low-budget arthouse drama is the only completely independent film in the Croatian Programme, produced without institutional support.

On the fourth day visitors will be able to see the Croatian premiere of A Blue Flower, a film by the renowned director Zrinko Ogresta, with Vanja Ćirić and Anja Šovagović Depot in the lead roles. This family drama is based on the drama text Drama o Mirjani i ovima oko nje by Ivor Martinić. The film had its world premiere at the International Film Festival in Moscow, with glowing reviews, and this will be its first screening following the premiere. Supporting roles are played by Doris Šarić Kukuljica, Nikša Butijer, Alen Liverić, and debutant Tea Harčević. A Blue Flower is a film about a woman, mother and daughter, family, love, selfishness, and loneliness. It is a film that sends us on a journey of constant personal review and awakens emotional associations.

The world premiere of the action comedy Tune Up by Stanislav Tomić will be on the fifth day of the Festival, at the Arena. The tamburica  band Aveti ravnice (Momčilo Otašević, Hrvoje Barišić, Primož Petkovšek, Andrei Miercure, and Neven Aljinović-Tot) accept an invitation from the legendary Branko Uvodić to come to the big tamburica festival. When the band is wrongfully accused of stealing the main prize – Golden Kulen, they start running across the plains of Slavonia in the night. Other than the police, they are also chased by angry tamburica bands. The film’s cast includes Tijana Pečenčić, Nikola Kojo, Stjepan Perić, Nives Ivanković, Elvira Aljukić, Mirna Medaković, Hristina Popović, Miran Kurspahić, and of course Branko Uvodić, while Damir Martinović Mrle is the author of the original score.

The sixth day of the Festival will also be the Italian Day, and it is reserved for the first big Croatian-Italian co-production after a long time, the film The Dawn by Dalibor Matanić. Matanić presents a drama with Tihana Lazović and Krešimir Mikić in the lead roles that follows a family that has suffered a recent tragedy and political extremism that divides them. The main character in the dawn that breaks over the valley finds answers to questions that bother him and realises that the only way to fight trauma and evil is to face them head on. The film had its world premiere last year at Tallinn Black Nights Film Festival.

“I am glad that in this rather difficult year, in which the pandemic has slowed down the post-production of Croatian films, as well as their promotion at international festivals where many want to go before Pula, we are lucky to have the chance to offer the audiences of Pula Film Festival a diverse and high-quality new Croatian feature films. Of the six films in the Croatian Programme, two are world premieres, and three films have already been to A-list film festivals, and one completely independent film. Despite all the issues of this year, I hope the audiences will have something to look forward to,” said Pavo Mariković, artistic director of the 68th Pula Film Festival.