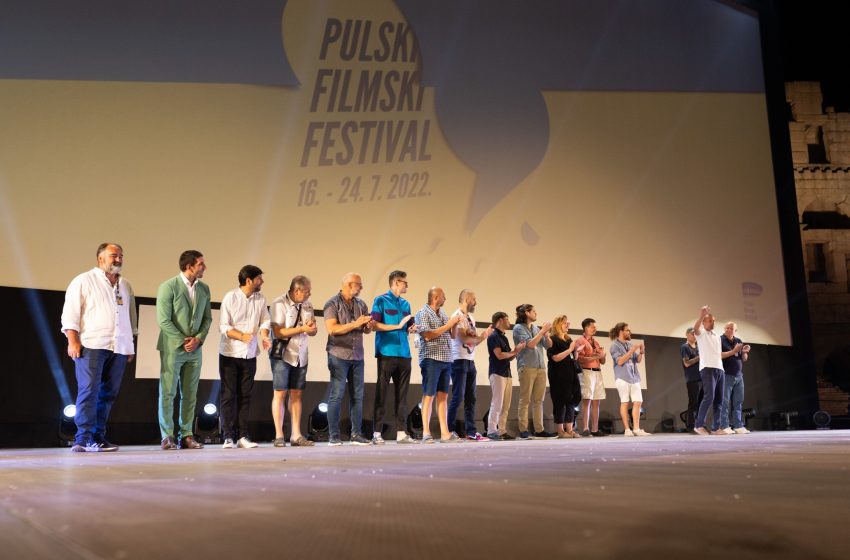 Two films in competition in the Croatian Programme, Savages, directed by Dario Lonjak, and Illyricvm, directed by Simon Bogojević Narath, were screened yesterday evening at the Arena.

Savages, the action comedy directed by Dario Lonjak, takes us back to summer of 2018. Three Croatia national football team supporters – Zolja, Jasmin and Mali, decide to rob a petrol station in order to get money for the trip to the World Cup Final in Moscow. Fleeing the police, they cross the border with Bosnia and Herzegovina and wander into a terrorist camp in the woods.

Illyricvm, the historical film by Simon Bogojević Narath, takes us much further into the past, to 37 BC. A young Liburnian Volsus is taken by a Roman unit to help in what at first seems a simple task of collecting taxes, but the encounters with local Illyrian tribes soon lead to unexpected turns of events, as they show more resilience to subjugation than meets the eye. We see their archaic, emotional world of quaint and brutal laws and traditions through the eyes of this youngster, regarded by the Romans as a primitive barbarian, and gradually come to understand that their world is not all that different from our own.

We will find out the winners of this year’s Golden Arenas tomorrow at the award ceremony. The awards will be presented in categories judged by this year’s juries, as well as the grand prix – the Grand Golden Arena. The audience award will be presented to the film that has won most audience votes. The audience had the opportunity to vote for their favourite film after each of the screenings.

The programmes, as well as the detailed schedule of screenings and all other information can be found on the official webpage of the Festival: www.pulafilmfestival.hr.