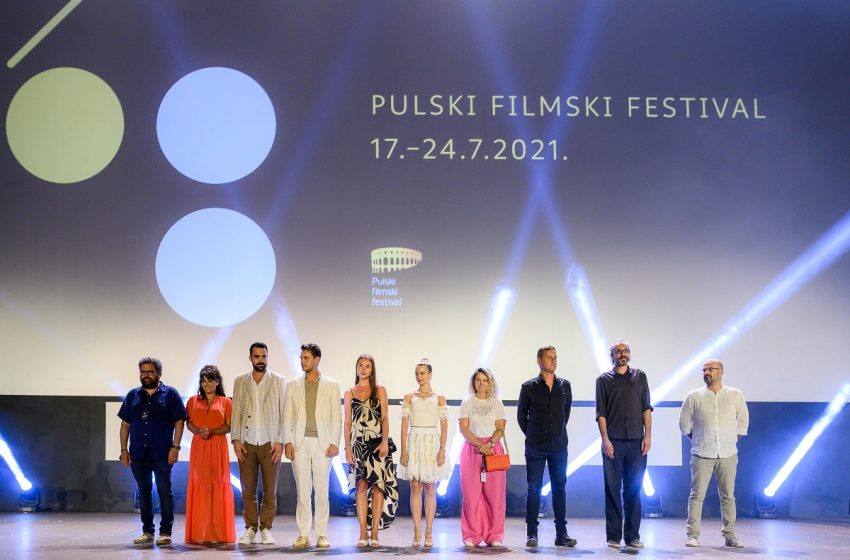 Yesterday the audience at the Arena was delighted by the world premiere of the film South Wind 2 – Speed Up, the sequel to South Wind from 2018.

Director Miloš Avramović said at the press conference that due to a lot of interest from the audience, a sequel was the next logical step. He believes that the audience has recognised that something that makes the difference between a good film and run of the mill film in particular because of the detail, the characters, and the production itself. South Wind started with a trilogy in mind, both in terms of film and a series. As the actors have said, it allows them to get to know their characters, and also translate them onto the screen in the best possible way. Screenwriter Petar Mihaljović emphasised that such elaborate and detailed character biographies drive the story, and not the genre as such.

The film follows the story of drug lord Petar Marash who uses all the advantages of his newly acquired status of the untouchable leader of the Serbian underground protected by the state itself. Looking for a favorable opportunity, he goes to eastern Serbia with his faithful Baća on an assignment. There, he finds news that will force him to change plans and go back to the streets.

Following the world premiere that sold out days before the screening, the film crew bowed to the full Arena and got a huge applause and ovations. 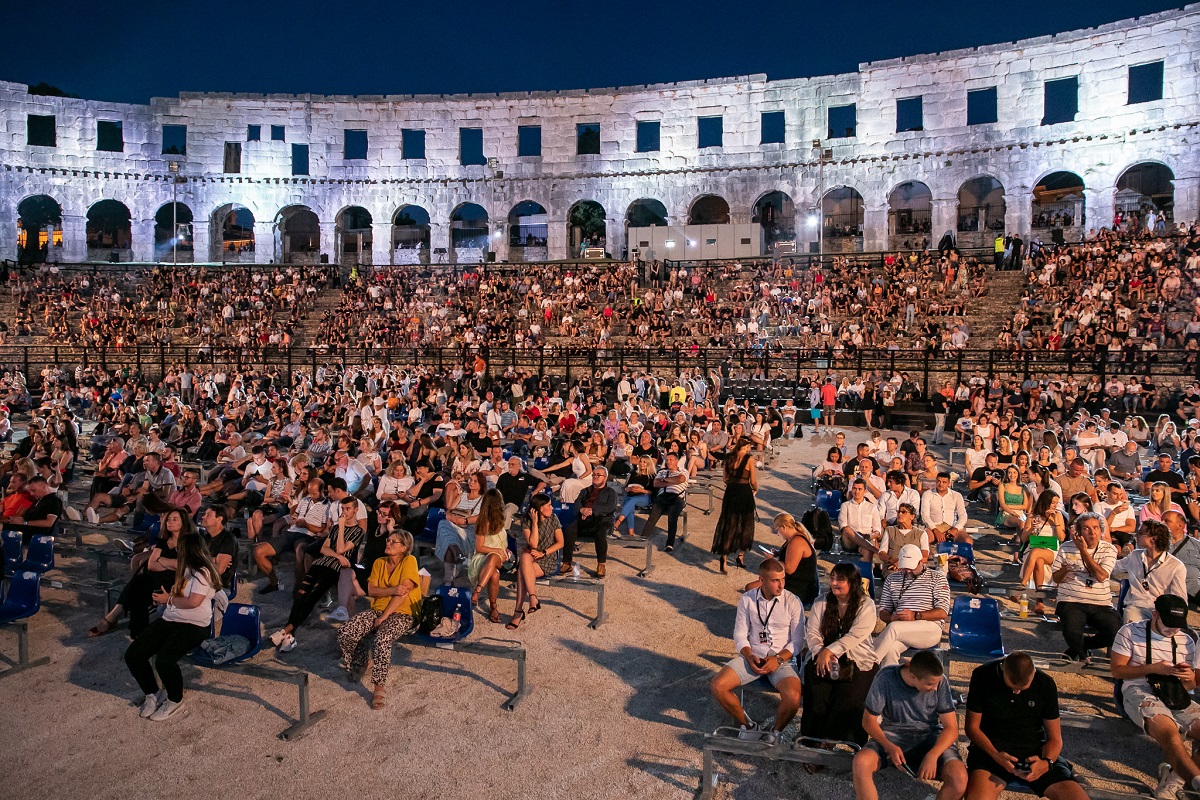 Yesterday, the International Programme saw the screening of Games People Play, which sold out at Kaštel. The film tells the story of a group of friends who gather to spend the weekend in an idyllic seaside villa for Mitzi’s surprise birthday party, just like they used to do as teenagers. But everything starts to go wrong – the birthday girl is not thrilled with the surprise party, and tensions rise as Mitzi’s best friend Veronika brings her new boyfriend to the party – Mikael, the Hollywood star. The familiar surroundings takes the group of friends back to their childhood, but certain revelations will not only make them see the past from a new perspective, but also to reassess the present.

The Croatian premiere of Manhattan Odyssey by Mario Vrbančić was also screened yesterday.  The film follows the story of Jakov, once famous, but now forgotten actor, is looking for a dog-walker for his black schnauzer, Mitzy. When he picks Daniel, an introverted and confused young man, out of all the candidates, he sets a series of events into motion. It is a start of a special dynamic that develops among Danijel, Mitzi and Jakov, one that examines the servant and master relationship. The game of submission reveals a bizarre collision of worlds and generations, a relationship towards the past and the historic today, precariousness, love and hate, as well as the post-human perspective of being in the world.

The second screening at the Arena was the Croatian premiere of a film in the International Programme, Fox in a Hole by Arman T. Riahi. The film tells the story of Hannes Fuchs, an ambitious substitute teacher for the experienced, unconventional teacher Elisabeth Berger at a prison school. He soon confronts his deepest fears, but also discovers his own creativity through working with the mysterious, quiet student Samira. 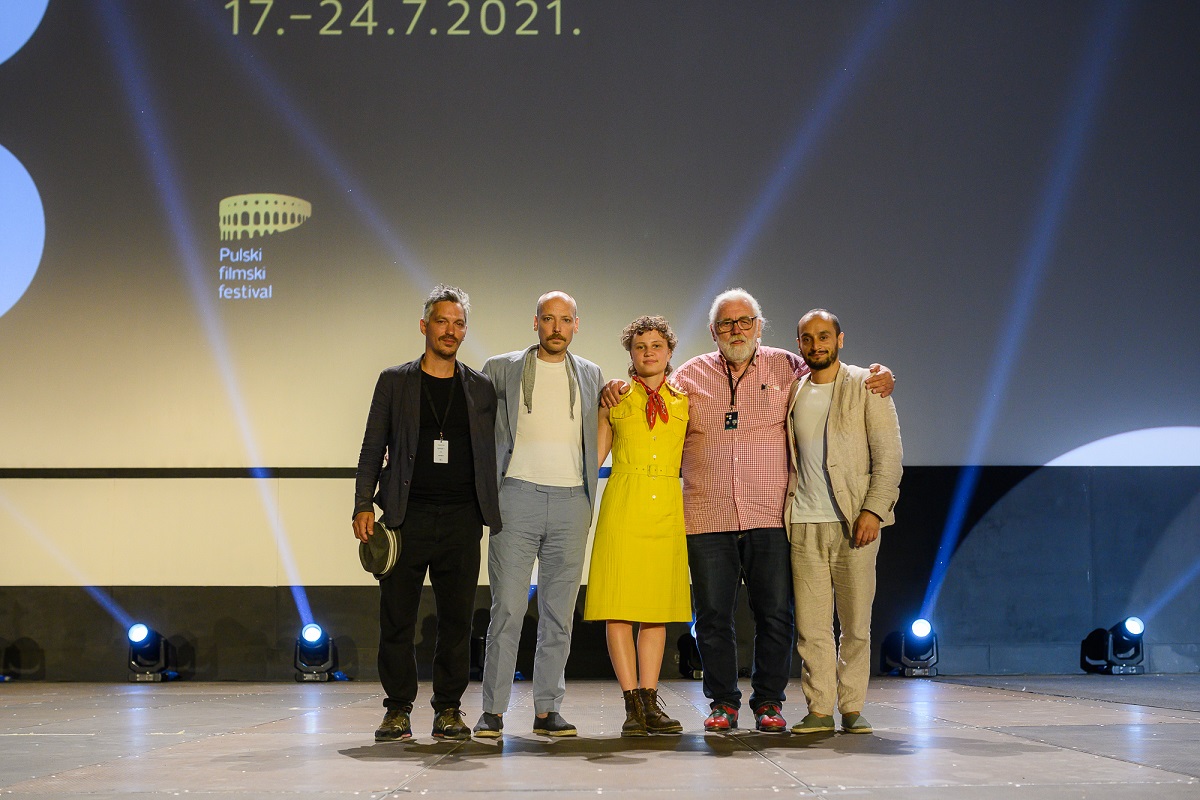 Yesterday, the round table Role of Regional Film Funds in Financing Film Projects, organised at the initiative of Artistic Director Pavo Marinković, was held. The discussion focused on the exchange of experiences in terms of supports from existing regional funds in Europe and doing a part of the production abroad, and the influence of projects that have been done in this way on the economic and promotional activities in certain regions where the multiplication effect of investing into film was felt. The presentation of the funds and the way they work will certainly be a valuable pointer for Croatian filmmakers and their projects.

The participants were informed about these at the Italian Community – Circolo by the leading figures of regional film funds in this part of Europe: Birgit Oberkofler (IDM Film Fund and Commission) from Italy, Martina Plamenig (Carinthia Film Commission) form Austria, and Federico Poilucci (Friuli Venezia Giulia Film Commission) from Italy, as well as producers of films produced in this way screened at the Festival this year: Julietta Sichel (8heads Productions) from the Czech Republic, producer of The Pack and Alexander Dumreicher-Ivanceanu (Amour Fou) from Austria, producer of Why Not You. Along with a range of guests, the round table also welcomed the representatives of Croatian institutions, including Krešimir Partl, State Secretary at the Ministry of Culture and Media; Vjera Matković, Head of Sector for Audiovisual Activity and Encouraging Entrepreneurship in Cultural and Creative Industries; Christopher Peter Marchich, CEO of Croatian Audiovisual Centre; Vladimir Torbica, Head of Administrative Sector for Culture of Istria County, and Aleksandra Vinkerlić, Director of the Istrian Cultural Agency. Film critic Boško Picula moderated the round table.

Pula Meeting Place, a programme meant for Croatian (co-)producers in their first or second feature film of any type, also kicked off. It is a new industry programme at Pula FIlm Festival, which offers the possibility to present film projects directly to professionals. Under expert leadership and with a one-on-one approach, the participants will gain practical knowledge on all key parts of international co-production.

Today, visitors will be able to watch the film Accidental Luxuriance of the Translucent Water Rebus by Dalibor Barić from the Special Screenings Programme, at 5 p.m. at the Istrian National Theatre. The second screening at the same venue will be at 7 p.m., for the film Bad Luck Banging or Loony Porn by Romanian writer/director Radu Jude from the International Programme. In the Croatian Programme, at 9.30 p.m. at the Arena, the screening of A Blue Flower by Zrinko Ogresta, and at 9.30 p.m. at Kaštel, the film Limbo by Ben Sharrock from the International Programme. The Academy Award nominated film Quo Vadis, Aida? by Jasmila Žbanic from the Special Screenings Programme will be screened at 11.15 p.m. at the Arena, while the sport drama The Pack will be screened at Kaštel at 11.15 p.m.

At 6.30 p.m. at the Circolo, the programme Case Study – Placement of European Film on the Global Market will be held, facilitated by Sydney Levine. Sydney has 40 years of experience in various segments of film industry. In her one-hour talk and meeting with the Croatian film professionals, she will ry to transfer her rich experience in marketing European film on the global market. She has worked with companies such as 20th Century Fox and Lorimar, and was vice-president of acquisitions at Republic Pictures. She founded Film Finders, today known as IMDB.