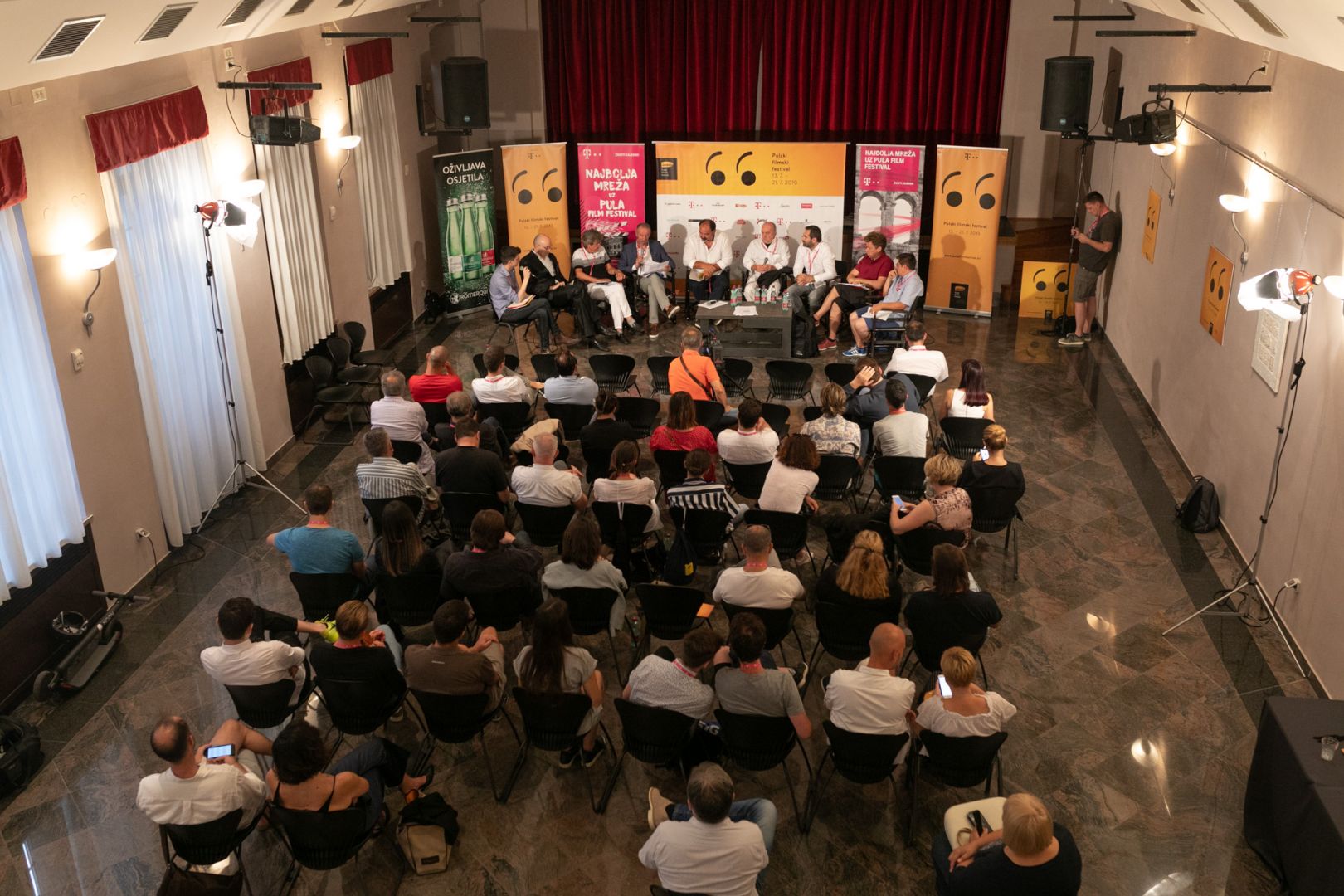 The Industry Programme of the 69th Pula Film Festival is intended for film professionals from Croatia and abroad with the goal of professional networking and education, but primarily the goal of marketing Croatian film projects in postproduction. Therefore, the most important part of the Industry Programme for us as well is the one titled Work in Progress, where film professionals will present their films nearing completion to representatives of film marketing: sales agents, consultants, and film festival delegates. Other than majority Croatian projects, minority co-productions will also be presented – a total of 13 new projects. The international jury will award several valuable prizes.

The Croatian Film Directors’ Guild (HDFR) has several programmes to support the development of film and television screenplays and projects. This year, in cooperation with Pula Film Festival, 7 projects for television series in development will be presented to interested producers and representatives of film and TV companies.

Two round tables will be held, organised by the Croatian Audiovisual Centre (HAVC) and Pula Film Festival. Ahead of the screening of the restored film H-8, the first round table, Protecting and Presenting Film Heritage, will focus on the preservation of film heritage with a presentation of the programme of restoring Croatian films. The second round table, Minority Co-productions and Cooperation with Film Centres From the Region, will focus on minority co-productions and newer forms of cooperation with film centres in the region. Producers will have the opportunity to share their experiences and ideas of possible steps towards strengthening the efficiency of the system. Relevant initiatives at the regional and European level will also be presented.

Along with the many events, an open panel Engaged Film Today: Why Do We Make Films?, will also be held, where eminent directors will talk about topical issues, engaged film in Europe today, marketing, and expectations – both from the audiences and those who work in film festivals and sales.

There will also be a presentation of the platform CinEd 2.0, which provides excellent possibilities for film education for all ages with European heritage and contemporary films of the highest calibre. The platform will be presented by Boris Bakal and Marija Georgiev from Shadow Casters.

HUIUI BLOK 9 a.m. - 11 a.m, Laginjina 6 HOW TO GET TOP QUALITY FILM FOR WORKING WITH CHILDREN AND YOUTH - PRESENTING THE EUROPEAN PROJECT CINED 2.0